I hadn’t done this event before, but it was held in the same area, to the west of Hull, as the enjoyable Golden Fleece. That one was organised by the scouts, as was the Windmill Way, so I thought I would give it a try.

The organisation was laid back. The kit list consisted of whatever clothing you thought was appropriate. The person before me at registration asked if there was a checkpoint at the windmill as there hadn’t been one in previous years. ‘No there isn’t’ was the answer although it was on the route description and the tally card which was supposed to be clipped. Nothing was said at the briefing, so I was lucky to have heard that. There were lots of checkpoints with increasing amounts of food at them which was nice, but I did get a little nervous after the first one which just took my number and had nothing to eat or drink !

However, this was largely made up for by the finishing momento 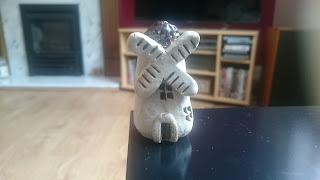 which was lovely. Registration and Race HQ was a fairly dour building on the outskirts of Skidby 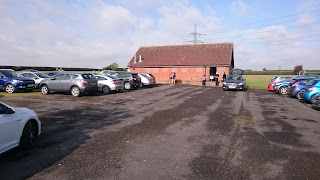 but there was plenty of parking. There were walkers as well as runners and the briefing largely consisted of telling us about a fairly small route change. 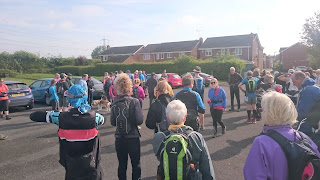 Just over the mile from the start was the famous windmill 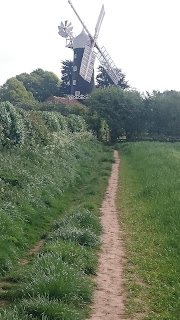 where I didn’t waste any time looking for the non-existent checkpoint. Then it was back into another part of Skidby for the second checkpoint where they just took my number. Then we were off into fields with one or two gentle climbs 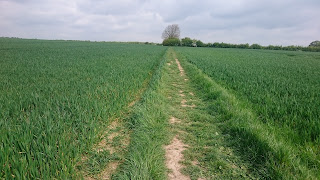 followed by pretty villages such as Little Weighton 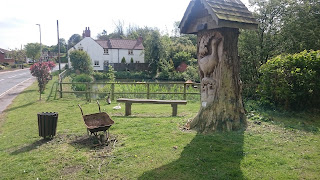 and attractive churches – this one is Rowley 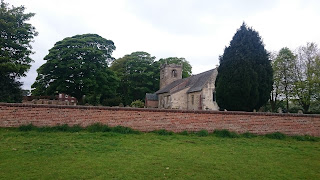 The next section was tricky as the gpx route I was using didn’t go the way everyone else was going, but I just trusted the two people I was running with and some yellow tape which appeared and was never used again. That got us to the route change (in order not to disturb some prize pigs apparently…). That was fine, but there was about 0.25m on a fairly busy road, followed by a long stretch on a much quieter road. There was a quite a bit of tarmac overall and the fields were also very hard from the lack or rain recently.

There were some signs to point us in the right direction 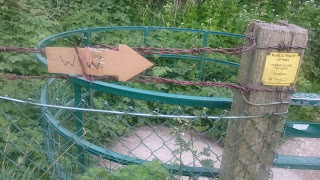 but they weren’t that often. 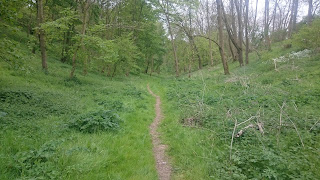 which is just my favourite running terrain. At the bottom was the Yorkshire Wolds Way which we were to come across and follow about three times. We climbed up out of the valley and there were some good views of the Humber estuary (which can hardly be seen in this photo) 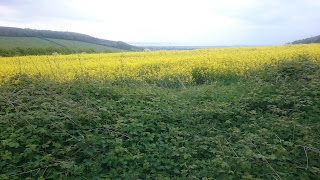 On to the village of Everthorpe, which I was familiar with from the Golden Fleece 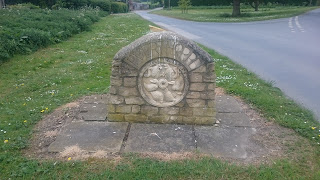 On to South Cave where there was an indoor checkpoint with cake, soup and hot drinks. I was pretty warm at this stage, so I just filled up my bottle with water and didn’t stay long. At this point it started to rain, which had not been forecast, but it wasn’t heavy and it was too warm to put my waterproof jacket on. On to the Wolds Way again and on to the lovely Brantingham church 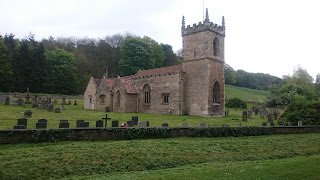 More climbing and through some more lovely woods to Welton where the checkpoint had rice pudding and peaches. There was no way I was going to skip that. On to Welton Dale which was lovely 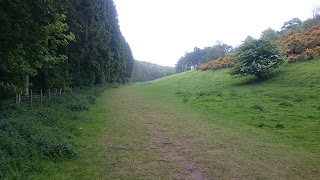 before crossing a few more fields and on to the long green lane back to Skidby and the finish. 5hrs 6min which I was pleased with – quite a bit faster than I have ever done the Golden Fleece.
There was more rice pudding and peaches at the finish together with cake. Cost of the whole event was just £10, a bargain.
(Visited 124 times, 1 visits today)
Published by Striders' Web on 10th May 2017