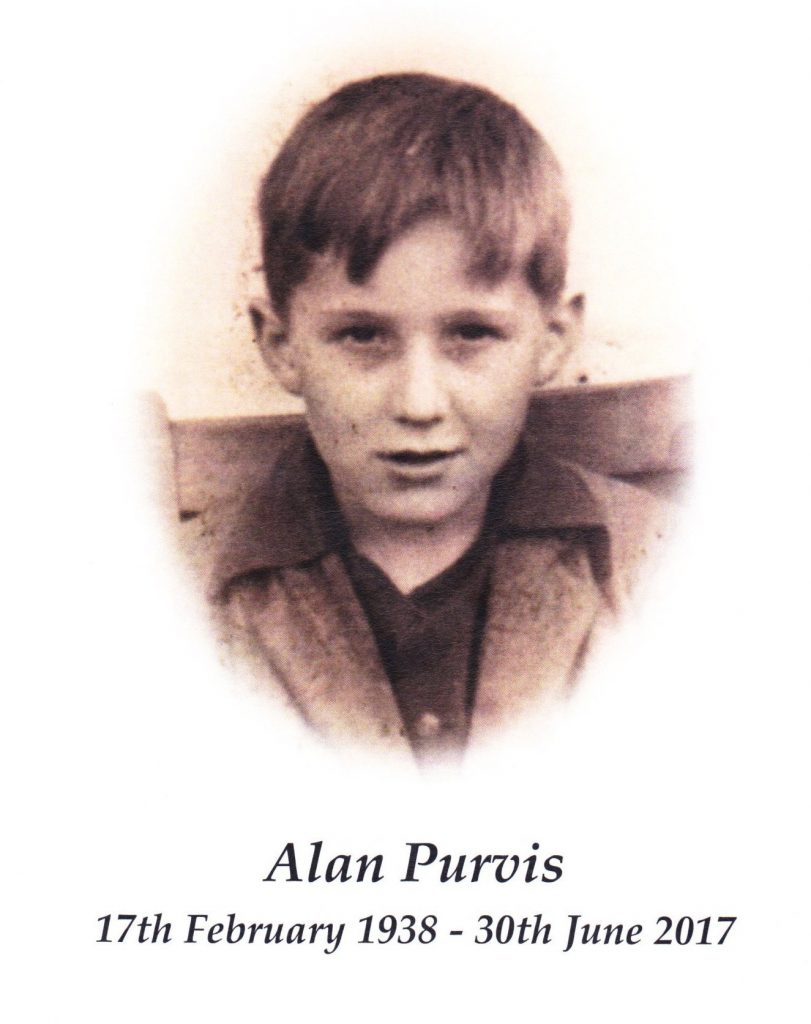 This is a tribute to Alan,on behalf of the Elvet Striders running club, which was read out at his funeral on Friday 7th July. It was compiled from comments, conversations, messages and memories from Striders who have run with him and enjoyed his company and friendship for over 30 years. Alan was held in high regard by the club and as a mark of that respect a minute’s silence was held in his honour at the club’s annual trail race on Wednesday 5th July. The race was attended by runners from clubs all over the North-East.

Alan joined the club in the 1980s, along with friends and fellow triathletes, Mike and Kim Hall and Eric Short, coming to running from a background of cycling and rugby. From then on he was a constant presence in club activities, a determined and reliable team member who would have a good go at any race suggested. He also really enjoyed the social aspects of the club, with him and his wife Beryl attending many parties and celebrations. At such times he demonstrated what a smartly dressed, sharp and dapper man he could be when not wearing his Striders kit.

Club members have spoken about various aspects of his personality, including his modesty, his kindness and his humour. His enthusiasm for others deserves a special mention as Alan would often enquire about what other runners had been doing, responding with phrases like “Get Away” “Never in the World” or “Did you really.” Only later would you find out that Alan had done something equally of note, but he hadn’t mentioned it as he was much more interested in others than talking about himself.

When you did get him talking about his own activities you discovered and enjoyed the company of an intelligent, thoughtful and well-informed man. He talked knowledgeably about running, training and racing, but also about a wide range of other activities in his life, including family, theatre trips and fine food. Alan was passionate about gardening, growing vegetables and the environment long before such things were trendy and made into TV programmes!!

Alan could be quiet and modest but he wasn’t afraid to express himself. For example he wrote to the press complaining when police support for a local race was withdrawn. He complained to the council when the new Milburngate Bridge failed to safely accommodate cyclists. He always had a view on how things should be and would let the authorities know if they were getting it wrong.

From a running perspective Alan had a determined and structured approach to getting the best results he could, combining weight training and circuits with his regular swimming and running routines. When training hard or racing Alan had a distinctive, almost steam-engine like breathing pattern – Phew, Phew, Phew out breaths – and when you heard that coming up behind you knew he would be hard to shake off. Many club members recall seeing him out training, getting in a few more miles or extra hills before the next big race. Always he had his stop-watch in hand, keeping a close check on how he was going.

In various ways Alan shared that structured approach with the club, encouraging others to push themselves by organising the Kepier Hill Climb or the cross-country handicap at Pittington. Both challenges became annual events in the club calendar, with the cross country having the added bonus of an invite back to Alan and Beryl’s for food and a prize-giving. There we got the chance to see Alan’s pond and wetland area, set in their beautiful garden, created from scratch over several years.

Once in the Rose Tree pub after a run Alan shared how his determined and focused approach got the better of him. Having a slight injury, but not wanting to lose fitness, he decided to go out on his bike and ride as fast as he could. Pedalling hard, head down, he ran straight into the back of a parked car near West Rainton, went over the handlebars and was very lucky not to be seriously injured.

Over the years Alan did many different races, individual and team events, everything from track to marathon, but his love was off-road running. He was the first Strider to run in what is now the Harrier League, reported back in the pub the following Wednesday and – pre-internet and Facebook – wrote a report in the club magazine proposing a Striders team. From then on he was a regular member of the cross-country team and was awarded the Striders “Golden Shoe” award at the first cross country curry night. Alan was sometimes only one of a handful of stalwarts at those races, he was old school in shorts and vest whatever the weather. He continued to run cross-country for over 20 years, seeing club turn-out and performance improve significantly over that time.

As an example of his kindness and enthusiasm, in the days before Sat Nav and Google Maps, a new club member said they didn’t know where the course at South Shields was. Alan went home, photocopied his A-Z, added written directions and then posted it to the new runner to ensure he made it to the race on the Saturday.

After stopping competing Alan’s love of cross country continued and he funded a trophy, to be awarded to the Strider making the most effort and determined contribution over the Harrier League season. He first presented the Alan Purvis Quaich – a silver, two-handled whiskey drinking vessel – in 2015 and it is now presented annually, as a fitting memorial to a man who gave a great deal of passion and commitment to the Striders and to cross country running specifically.

Alan has also left us one other lasting contribution. Building on his ability with the pen, Alan established the Striders website and then contributed many articles and race reports, all well-worth a read.

Finally, it’s clear that Alan, supported by Beryl and his family, has made a significant impact on the Striders, as a competitor and as a friend and running companion. His commitment and enthusiasm over many years have helped shape the club as a whole, he will be greatly missed by us all.